It’s no secret that second to Italian flavours, Asian flavours are my favourite to play with in the kitchen! I love re-creating versions of dishes that I order in restaurants. I think I do this in an effort to make them healthier and friendly to the home cook (and without the dreaded MSG, obviously).

Thai food happens to be one of my favourite cuisines of all time. Yet, it’s the one that I try my hand at the least. But a few weeks ago, when I was restocking on some of my Asian sauces, I came across a jar of Thai red curry and I bought it thinking that I would be fun to come up with a recipe using it.

Ironically, my friend Melina messaged me a week or so later telling me that she made an incredible coconut milk soup with delicious and healthy brown rice and millet ramen noodles that she found at Costco. She told me that I absolutely had to buy these – so naturally, I did. I was inspired by her soup and had the idea to try and whip up a Thai red curry noodle soup that I generally love to order in Thai restaurants. Such a winner. These noodles are absolutely as delicious as she said they were! But, if you can’t find them, rice vermicelli noodles work just as well!

There’s no reinventing the wheel with this soup – it’s based on traditionally Thai flavours. There are many versions of this recipe that you can find online. What I did here was try to hone in on those time-honoured Thai ingredients, while emphasizing my favourites (ahem, load up on ginger and lemongrass!).

I am so happy that I tried my hand at this dish, because it was honestly a home-run! Franco said it was one of the best soups I ever made. I guarantee that this recipe will find itself on current repeat in our house, throughout the winter months! Oh, and here’s to trying to make more Thai recipes at home!… I think Pad See Ew will be my next experiment! 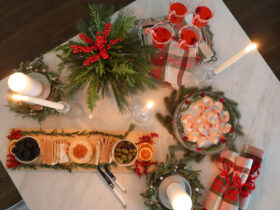 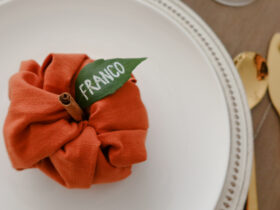 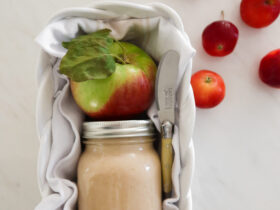